The Our Town Gallery traces the history of the Township from the campsites of the Lenape, through its colonization by Scottish and English settlers, to the glory days when it encompassed much of eastern Monmouth County.
100 Years of Firefighting: The Story of the Wanamassa Fire Company 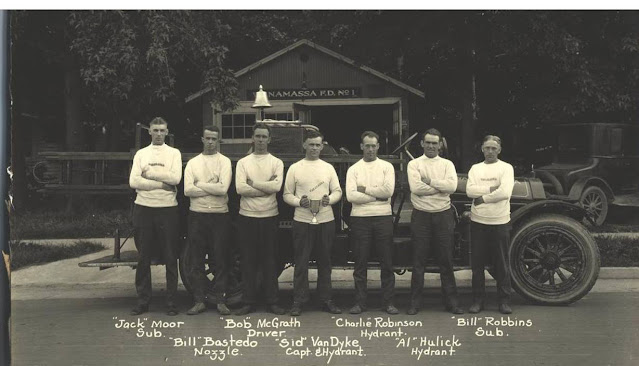 Wanamassa firefighters and Hose-Laying Champions pose in front of
the first Wanamassa Fire House with their first motorized pumper,
a 60-horsepower Simplex, 1928.
A new exhibit opens in the Our Town Gallery of the Eden Woolley House, Sunday, October 24. “100 Years of Firefighting: The Story of the Wanamassa Fire Company” celebrates a century of neighbors responding to the call to save the lives and properties of neighbors.
The Company’s vintage fire engine will be on hand. The public is invited.
Fire was an ever-present threat to life and property
When 24 men gathered in 1921 to form the Wanamasssa Fire Company, Wanamassa was a sparsely developed, residential section of Ocean Township where commerce had been discouraged and stores were just beginning to appear.
In this rustic community, as elsewhere, fire ranked near the top of the list of threats to life and property. Most homes were built of wood. Open flames for cooking and even heating were common. Water supplies and equipment to fight fires were scarce. Fires were in the headlines: Large areas of major cities (Boston, Chicago, and Baltimore) had burned to the ground just decades before.
Neighbors organized to provide protection
As early as 1910, residents of Wanamassa organized to protect against fire. In February of that year, volunteers formed the Iona Park (a section of Wanamasssa) Fire Company, an unofficial organization that housed its single piece of equipment—a handdrawn chemical unit donated by the Spring Lake Fire Company— in the garage of member Joseph Smith.
As the community grew, the men of the Iona Company realized more was needed. In the spring of 1921, the volunteers formed the Wanamassa Fire Company, the first step toward the official incorporation that took place the next year.
The Township recognized the new fire company and created Fire District 2. (Oakhurst Fire District 1 dated from 1913.) In February 1922, Wanamassa voters elected their first fire commissioners and passed their first fire budget ($3,000).
The fire company changes with the times
Among the new fire company’s first orders of business was the acquisition of a motorized pumper and a place to house it. (They were about to outgrow Joseph Smith’s garage!) They built a small two-bay structure on two adjacent lots on the corner of Garvin and Laurel Avenues.
An unwelcome surprise came in 1927 when the fire company volunteers learned they did not hold title to the land. The news came at the same time the Township expanded the boundaries of Fire District 2. New equipment—and a new firehouse—were in order.
Construction began at the NW corner of Sunset and Wickapecko Avenues. The volunteer firefighters did most of the work, and in February 1928, the new firehouse opened, on time and under budget ($30,000).
In 1929, a 6-year-old boy drowned in Deal Lake. The tragedy spurred the Wanamassa Fire Company to organize the Wanamassa First Aid Squad, operating within the Fire Company.
Today
By 1999, new fire service regulations required equipment that could not be accommodated in the 1928 firehouse. In 2001, the company moved into new facilities across the street. Today, President Patrick Barrett and Chief Nicholas Dowling oversee 32 active volunteer fighter fighters and 8 volunteer fire police (including 2 women).
The story of the Wanamassa Fire Company is one of community service and dedication. Visit the new exhibit to learn more.

The Permanent Exhibits in the Our Town Gallery 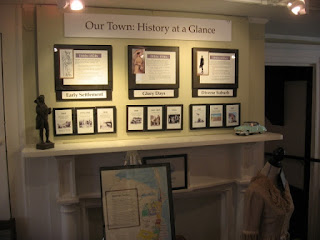 This area of New Jersey was originally occupied by the Lenni-Lenape tribe (also known as the Delaware to Europeans) a part of the Algonquin nation. The Lenni-Lenape traveled with the seasons, making full use of the area resources. During the spring they planted gardens around their permanent settlements. In the summer, they went “down the shore” to catch oysters and clams and stay cool. In the fall, they would move back to their village and harvest their crops. In the winter, they hunted deer and other animals.

Some of the other tribes scorned them for their peaceful ways. The Iroquois called them "The Old Women." They frequently were the intermediaries in resolving problems within the nation.

The central area of New Jersey was occupied by the Unami (“the people down the river”) sub-tribe.

See History of the Township of Ocean 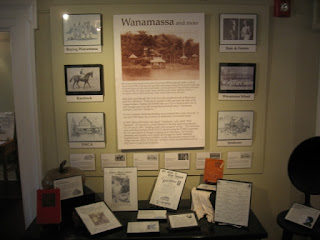 Wanamassa is the area of the Township of Ocean in the south-east corner of the Township, along the area of Deal Lake. It is made up of land originally sold to Gavin Drummond by the local chiefs of the Lenni-Lenape tribe. According to local legend, Chiefs Wanamassa, Wallammassekaman and Waywinotunce sold the land for practically nothing because Drummond was married to the Lenape princess, Nissima (daughter of Wanamassa). The three chiefs signing the deed which indicated that Drummond purchased the land for one gun, five coats, one kettle, and two pounds of gun powder. 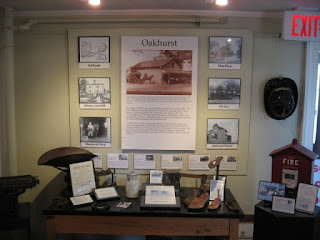 During the late 1800's, mansion houses were built in the areas that today border Deal and Elberon, to enjoy this fine seaside area of the Jersey Shore. Many of these fine older homes still exist. 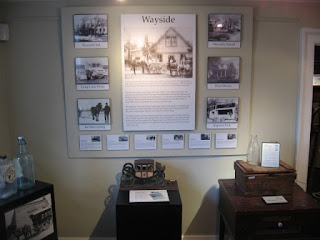 Wayside is the area of the Township of Ocean in the western portion of the Township. Cold Indian Springs, located in the sand hills of Wayside, was the encampment of the Lenni-Lenape tribe when they came to the Shore in the summer.

From the colonial era onward, Wayside was a farming community, and was also the location of a stage coach stop for travelers riding between the ports in the northern part of the County (Oceanport today) and the port at Manasquan, as well as the iron foundry at Allaire.

Wayside remained a rural farming community until the 1960's when development began turning the many farms into apartment and residential communities, found there today. 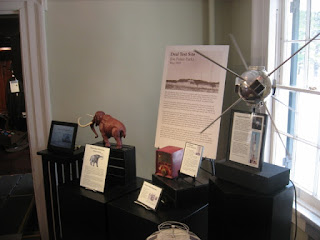 An area of the town, once part of the Woolley farm, was purchased by Western Electric (later Bell Laboratories, and then Lucent Technologies) as a research and development site. Later the property was sold to the United States Army, for use in developing communications technology.

Home
Subscribe to: Posts (Atom)
GET INVOLVED
The Museum is an all Volunteer Organization. We are always looking for help with projects, our many events, or just staffing the Museum. Checkout our needs and Get Involved

Township of Ocean Historical Museum
The Township of Ocean Historical Museum, founded in 1984, is a member-supported, 501 (c)(3) non-profit organization, incorporated under the laws of the State of New Jersey. Its headquarters, the Eden Woolley House, is one of the few 18th century structures still in existence in the Township. The museum serves as the ancestral home to every citizen of the Township of Ocean. PLEASE NOTE: At the present time, due to the current COVID-19 pandemic, the Museum will only be open on all Sunday afternoons, from 1:00 pm to 4:00 pm, or request a tour anytime by Calling 732-531-2136 or e-mailing at OceanMuseum@yahoo.com. We will be adding days in the future and will continue to keep you advised. The Township of Ocean Historical Museum offers exhibits on the history of coastal Monmouth County and a full calendar of events. The Museum is also 100% volunteer supported, with no paid staff. The Museum maintains a library and archive, which houses manuscripts, books and photographs of historical and genealogical interest. For more information, please call 732-531-2136 or visit our website at https://www.OceanMuseum.org